Workshop 12: Prebunking: how to build resilience against online misinformation

Fact-checking, or debunking, is a popular approach to tackling misinformation. However, although fact-checking is valuable and mostly effective at reducing belief in specific falsehoods, it has certain limitations: people who believe in or spread misinformation don’t engage much with fact-checks; people’s political beliefs appear to interfere with their views on fact-checking; and misinformation can spread faster and further on social networks than fact-checked content.

Jon Roozenbeek, the British Academy postdoctoral fellow at the Cambridge Social Decision-Making Lab, will introduce a prebunking approach that is grounded in inoculation theory, which posits that you can build resistance against unwanted persuasion attempts or manipulative messages by preemptively exposing people to a “weakened dose” of misinformation, much like a medical vaccine builds resistance against future infection. 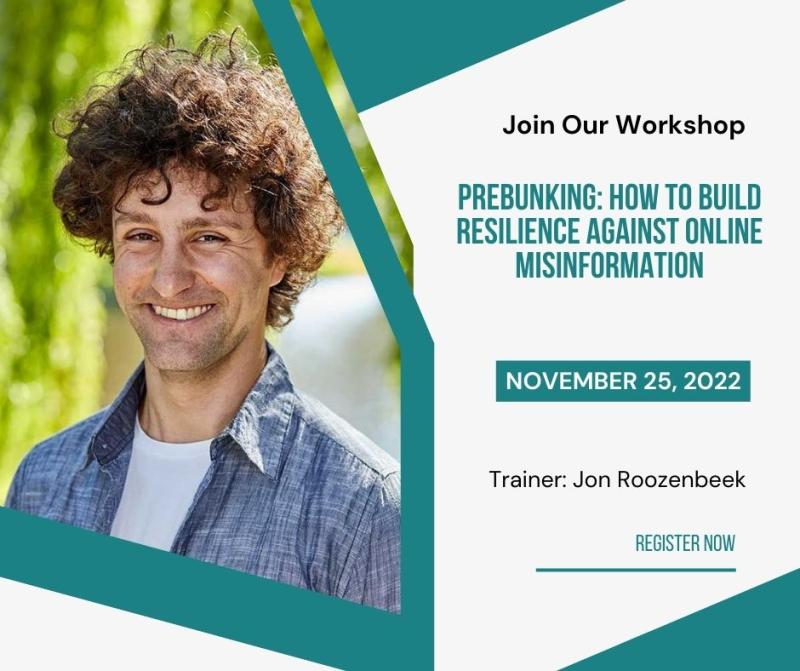